The Wall by Pink Floyd 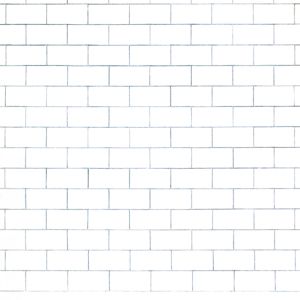 It was a wall between the band and itself.  One of the most iconic and talked about albums of all time certainly paid its price in the bad blood of the members of Pink Floyd.   Between the admittedly dour story lines are some of the most well-known solos, lyrics, and even screams in rock n roll.   This album has been an absolute inspiration to my music.   Most likely, it was because I listened to it from beginning to end almost every single day in 1999.  I was drawn to something in the character of “Pink”. There was something in the madness, something in the rejection of those around us that captivated me and I could not get enough.   Now, more than 40 years after the albums release, I still feel pulled in by those same lyrics today. I’m still somewhat mystified as to what has inspired me all these years.

The Wall is a tour through the mind of Roger Waters with additional musical inspiration by David Gilmour.  Roger had conceived of the album during their 1977 In The Flesh tour. The tour lends its name to two rather poignant tracks.  Roger admitted that he had felt disconnected with the audience. During the tour, an ever – larger, drunker, and more distanced fan base emerged. This was a far cry from the small club sets of their heyday.

Subsequently, he conceived of building a wall between him and the audience. Instead, he built one between himself and the rest of the band.   In the Flesh? Is an apropos beginning to both the album and the demise of Pink Floyd as asks his audience if they just came for that “space-cadet glow.”  It becomes a bit of an admission that he had be playing a character on stage, one that he was increasingly uncomfortable with.

Most fans and non-fans alike recognize the familiar cannons from the album. The disco march of Another Brick in the Wall and the drug-induced hypnosis of Comfortably Numb come to mind.    My favorite tracks are situated in between. Some of my favorites didn’t even show up until the movie was produced a couple years later. This includes including The Tigers Broke Free.   In the aforementioned In the Flesh?, the band draws parallels with extremism and madness that still resonate today. Young Lust is quite possibly the Floyd’s most rock and roll song in their entire catalogue. It is something that you might expect from more traditional rock artists like the Stones.

The first album concludes with Goodbye Cruel World and deep emotion that could only be understood by those who have experienced it.   The somber closing the first record is Pink’s, the albums protagonist rock star, descent into madness.  Is There Anybody Out There is a beautiful acoustic guitar melody that is both haunting and hopeful as it starts the second album. The Trial and subsequent Outside the Wall are masterful conclusions to Pink’s catastrophic fall and conclusion. Perhaps, they are reminiscent of the band itself.

Pink Floyd – An Ending and Beginning

Widely regarded as one of the best rock operas of all time, The Wall was something more personal to me.  I was struggling with my own darkness in life. The Wall became a bit of a daily metaphor for losing it all as well as redemption. Some of the tracks on A Beautiful Catastrophe are heavily inspired by this album.  “All along or in twos, the ones who really love you walk up and down outside the wall.”  For me, the whole album with its soaring signature Gilmour licks, explosive dynamics, and downright eerie melancholy comes down to this.   Like the story of Pink Floyd fans themselves, even while The Wall ripped the band we loved apart. In the end, we to walked up and down The Wall waiting someday for an ultimate reconciliation and rebirth.

Before These Crowded Streets 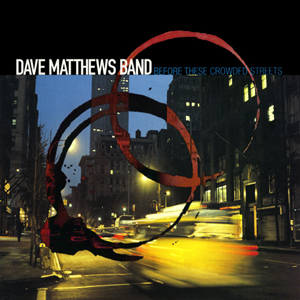 Maybe it was the drums.  Twenty-five years ago, Dave Matthews Band released Before These Crowded Streets.   This was to be their follow up to the wildly successful Crash, their best-selling album to date.     Streets debuted on the Billboard Top 200 at #1, edging out the Titanic soundtrack after a long run on the charts.   The album was hailed as a successful effort to channel the energy of the band’s live performances into a studio version for the masses.  More importantly for me, it was the first DMB album that I had the chance to listen to completely.  After that, I was hooked and wanted more.

Maybe It Was the Drums

Before These Crowded Streets is a tour de force as well as a guest performance party. The album is a wild ride from the first intro of Pantala Naga Pampa, which means “There’s a snake in my pants” in Indian Tamil. The ride continues to the last bar of Spoon, a beautiful duet with Alanis Morrisette. There are soaring solos by LeRoi Moore throughout the album. Dave himself that tends to push the limits vocally. The songs are a powerful testament to the “jam-ability” of the band. Dave does not hold back with raw, belting vocals on Halloween, The Stone, and Don’t Drink the Water.

Don’t Drink the Water has become one of the album’s most long lasting singles. It was a strong case for including guest musicians Bela Fleck and Alanis Morrisette on the record.  This album was my first exposure to Bela Fleck and another reason that I fell in love with the album and the group.  After all, who in modern rock uses both a violin and banjo on the same song?  Answer, no one by the DMB.  I ended up chasing down Bela for multiple shows after hearing this album. The Flecktones are another group of musicians worthy of a mention in a future post.   Former Flecktones’ band member Jeff Coffin joined DMB for the past few tours. Its not a coincidence that great musicians tend to run in the same circles.

For all the musicality of the group and the album, it was ultimately the inexorable Carter Beauford that made me fall in love with the band.   Carter grew up playing drums in front of a mirror and set his kit so that it appeared in the mirror exactly as he saw his idols playing on stage. This meant that his kit was set up exactly backwards from how most drummers play.  The result was that Carter became completely ambidextrous and completely awesome.   To this day, when I listen to the album, I hear a new phrase from Carter that he carefully hid between bars or tucked away in an intro.   It is those little nuggets of nuance that make my ears perk up and scream.    Even watching the band live, I find myself keenly tuned into what Carter is up to and often it is a lot.

Twenty-five years and six albums later, Carter and the gang are still making awesome music.  Every year, we make the pilgrimage to “Labor Dave Weekend” at the beautiful Gorge Amphitheatre in George, Washington.   It is a weekend full of camping, jamming, and awesome scenery as the band takes us on a tour of a catalogue worthy of the adoring throng in attendance.    With so many new musicians added to the mix, the best part of the show are the long detours through jam-land, replete with Tim Reynolds signature licks and Dave’s vocal acrobatics.   However, in between Crush and Don’t Drink the Water, its Carter Beauford’s rhythmic poetry that makes the Before These Crowded Streets great and ultimately created a lifelong fan of the band. It is my sincere hope to imitate some of the musical expression on the forthcoming album, A Beautiful Catastrophe. Until then, I’ll keep listening and loving those amazing drums.